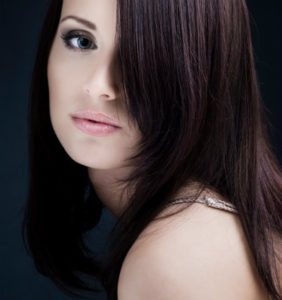 A full facelift is a very invasive procedure that creates some extensive swelling and bruising. The recovery is involved. In contrast, for a mini facelift Dr. Herte uses shorter incisions and manipulates underlying tissue to a lesser degree. This makes for less tissue trauma and bruising, and an easier recovery.

When considering what to do, it helps to understand the goals of a mini facelift. Dr. Herte seeks to tighten and lift the cheek and jawline skin in a mini facelift. She also reduces the skin “overhang” at the nasolabial fold. A mini facelift is great for patients who have previously had a full facelift and have had the deeper tissues repositioned to eliminate the drooping that comes with aging. The mini facelift can maintain those results and “refresh” your appearance.

Disadvantages to a mini facelift

Everyone wants the procedure that does the most and is at the same time the least invasive. But when considering a mini facelift, you need to weigh its limitations.

First, because it targets mainly the cheek area, if you have serious laxity on your neck and a loss of jawline definition a mini facelift won’t help. It doesn’t target the neck area. A more classical facelift with a focus on direct neck tightening would be better.

Also, because a mini facelift involves only limited incisions, tissue repositioning is minimal. Without correcting the sagging in the deep tissues, a mini facelift is more prone to an early relapse.

Some people assume they can possibly have repeated mini facelifts to achieve the results of a full facelift. But, again, this doesn’t address the sagging deeper tissues.

If you want to look refreshed, but don’t need lots of deep tissue maintenance, a mini facelift with Dr. Herte can be a great procedure. Call us at 702-732-9600 to schedule a consultation.