Home » Blog » A Look Back at Some Aesthetic Statistics

A Look Back at Some Aesthetic Statistics 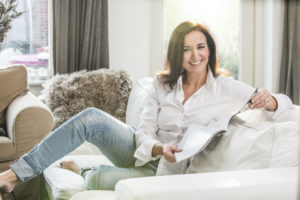 It’s always popular when the calendar turns over to a new year to look back and make lists from the past year. As we enter 2017, let’s take a look back at who was having what done in the aesthetic world.

In Las Vegas, cosmetic procedures are more commonplace than many other areas and people are always interested in the most popular procedures. The International Society of Aesthetic Plastic Surgery (ISAPS) compiles these statistics from across the globe. The current available stats are from 2015.

So, just how many people “had something done?”

Let’s put it this way; you could take the entire nation of Romania and give each person some sort of aesthetic procedure. Some would have a Botox session, others breast augmentation, others laser skin resurfacing. All in all you’d have over 21 million procedures, one for every person in the nation.

That’s how many surgical and nonsurgical cosmetic procedures were performed worldwide in 2015, according to the ISAPS stats.

Atop the list is never a surprise, as it has occupied this spot every year since its debut on the cosmetic scene in 2002, Botox. Yes, botulinum toxin (primarily Botox) injections were the most popular procedure of all once again.

Here’s a breakout of some of the ISAPS statistics.

Over 9.6 million cosmetic surgeries were performed in 2015.

12.1 million nonsurgical procedures were performed in 2015.

Women accounted for 18 million of the 21 million cosmetic procedures worldwide. These were their preferred procedures:

Men accounted for 3 million of the 21 million cosmetic procedures worldwide. These were their preferred procedures:

Thinking of having something done? You’re in good company! Call Dr. Herte at 702-732-9600 to make your appointment.