Skip to main content
Home/Blog / Time Asks If, or When, You’ll Get Some Work Done

Time Asks If, or When, You’ll Get Some Work Done

If you’re over 40 years old, you may have heard your Mom and her friends maybe whispering about another woman who they thought “had some work done.” It was scandalous. Shameful. Psychologists said those people were depressed and “suffered from clinically low self-esteem.”

If you’re under 40, particularly in your early 20s, you’re probably wondering, “What’s the big deal? Everybody could use a little help here and there.” 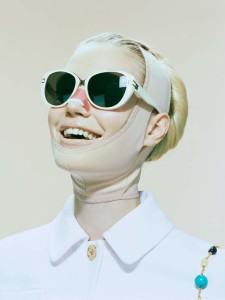 Miles Aldridge for TIME
From TIME Magazine’s shoot for the June 29th cover story, Nip. Tuck. Or Else.

The subject of cosmetic procedures and the changing societal mores about them is the subject of a June 29 cover story in Time titled “Nip. Tuck. Or Else. Now everyone gets work done. Will you?” by Joel Stein. The article chronicles the aesthetic industry and its ever-increasing client base. The conclusion? Americans feel much more comfortable these days with the idea of cosmetic enhancement.

It talks about Joan Rivers who had her first facelift in 1973 and said she received five decades of ridicule about it. That stopped, she said, around 2008. She wrote a book about it, Men Are Stupid… And They Like Big Boobs: A Women’s Guide to Beauty Through Plastic Surgery. In the book she says things have changed so much that now the “shame is not having anything done.”

In 2005, two thirds of cosmetic surgery patients made $60,000 or less. Gone are the days of Beverly Hills or Upper East Side residents being the only ones who can afford a little work.

In the article, Stein attributes the changing landscape of the aesthetic industry to a few factors: surgeons’ skills have become much more nuanced; reality shows have demystified the process; cosmetic options are widely available through doctors, dentists, and dermatologists; new procedures, such as laser skin resurfacing, don’t require surgery; thanks to social media we are all, to some degree, on the red carpet; and culture now celebrates a cosmetic procedure as doing something good for ourselves.

So, what are you waiting for? Isn’t it time to take care of those cosmetic issues that have been bothering you?

Based on Time Magazine’s article, Nip. Tuck. Or Else.