Home » Blog » Get to Know the Cool that is CoolSculpting®

Get to Know the Cool that is CoolSculpting® 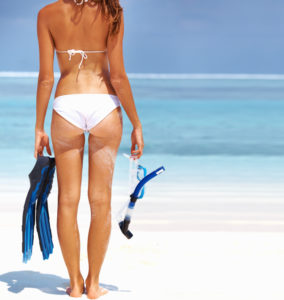 Since we’ve recently added CoolSculpting® to our procedures offered at the Herte Center you may be interested in some more information about this revolutionary fat freezing procedure. Most people have heard about CoolSculpting®, but there is some mystery about how the whole process is done.

Here’s some background on the science behind the procedure and how CoolSculpting® came to be.

It all started with a few popsicles

CoolSculpting® wasn’t the original intention when two scientists studied the effects of freezing on the cheek area. Two doctors at the Harvard Medical School and Massachusetts General Hospital, Drs. Dieter Manstein and R. Rox Anderson, were doing a study that theorized children who ate lots of popsicles growing up developed dimples in their cheeks more often than children who ate less amounts of popsicles. Dimples form in the cheeks where the muscle isn’t covered with much fat, so when the muscle contracts a dimple forms. The idea was that the cold in the popsicles somehow affected the fat cells in the cheeks. The doctors called this Popsicle Panniculitis.

Based on what they thought could be happening in the cheeks, the two doctors further theorized that the same process/result could happen elsewhere. So, they investigated selectively freezing fat cells in a process they called cryolipolysis. The end result of those studies was CoolSculpting®.

To achieve cryolipolysis, CoolSculpting® involves a three-step process. First, a cooling panel uses suction to pull the target area skin into solid contact with the cooling plates. Then the cooling is directed downward into the skin. The temperature is precisely equal to the freezing point of fat cells, while not freezing adjacent tissue cells that freeze at a higher temperature. Exposure to this freezing causes fat cell apoptosis (a natural, controlled cell death). The body sends cytokines and other inflammatory mediators to the area to gradually digest the dead fat cells in the weeks following the CoolSculpting session. Lipids from the dead fat cells are slowly released and transported by the lymphatic system to be processed and eliminated from the body, in the same manner that fat in food is eliminated. It takes anywhere from three to 12 weeks for the body to permanently remove the dead fat cells.

The result? A 20 to 23% decrease in fat cells in the treatment area over the months following your CoolSculpting session with the Herte Center.

Non-invasive and not painful

The entire CoolSculpting® is not painful. There is some minor discomfort when the cooling is first being delivered, but that passes as the area becomes numb with the cooling. And there is no downtime. How cool, literally, is that?!